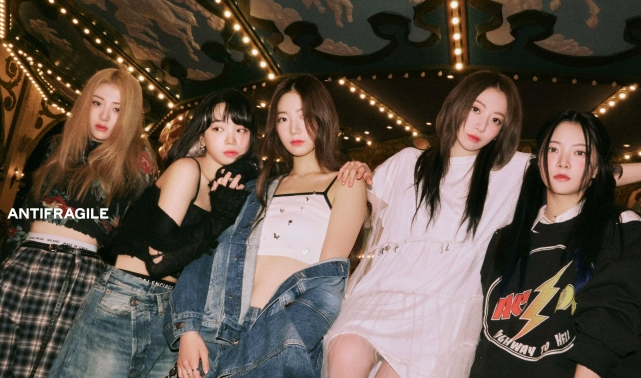 The group LESSERAFIM has entered the Billboard main chart “Billboard 200.”

According to Billboard’s official Twitter account on October 31 (local time), Leseraphim’s second mini-album “ANTIFRAGILE” entered the “Billboard 200” at 14th place on the 5th.

As a result, Le Seraphim was named on Billboard’s main album chart six months after its debut and became the shortest team in the history of K-pop girl groups to enter Billboard 200. In addition, when comparing the chart debut rankings of the 4th generation girl groups, the 14th place set by Le Seraphim is the best performance.

Le Seraphim is also showing off its amazing presence on domestic music charts. The title song “ANTIFRAGILE” has remained in place for 14 consecutive days since it ranked second on the Bucks daily chart on the 17th of last month, and ranked third and fifth on the Melon and Genie daily charts on October 30, respectively. The song is still gaining popularity in the third week of its release, ranking third on Vibe’s “Today’s Top 100” on the 1st.

Leseraphim’s second mini-album, “ANTIFRAGILE,” is a record that contains the message that the more you face trials, the more you will grow and become stronger. It is loved all over the world with its addictive music, lyrics containing the members’ narratives, and powerful performances.