MLB Choi Ji-man and Kim Ha-sung, Home Run Guns Side by Side 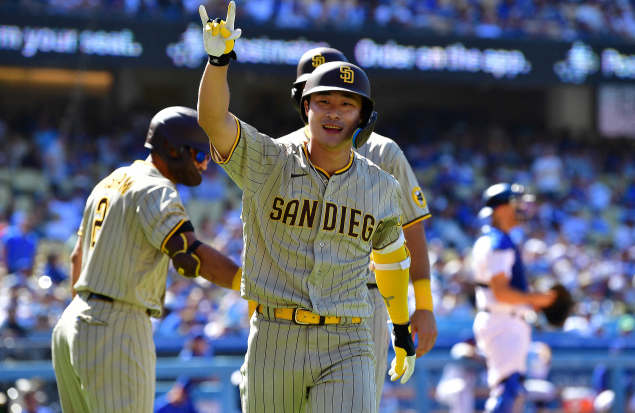 Choi Ji-man and Kim Ha-sung both helped the team win and secured the position of the team’s main players.

Choi Jiman played as the fourth batter and first baseman in an away game against the Toronto Blue Jays at Rogers Center in Toronto, Canada on the 3th and hit a one-run home run in the fifth inning. Choi Ji-man played in the game with three hits, one RBI and one run in five at-bats.

Choi Jiman hit a home run for the first time in 15 days since the game against the Baltimore Orioles on the 19th of last month.

Choi Ji-man pulled a slider thrown by Toronto reliever Trent Thornton in his third at-bat in the fifth inning and crossed the right fence.

In his last at-bat in the ninth inning, Choi Ji-man also hit a double next to left field to complete the three-hit game.

Kim Ha-sung also hit his fifth home run of the season, leading his team to a 4-2 victory.

Kim Ha-sung played as the seventh batter and shortstop in an away game against the Los Angeles Dodgers on the 4th and recorded one hit, one home run, and two RBIs in four at-bats.

Kim Ha-sung was blocked by Dodgers starter Clayton Kershaw and was sluggish with no hits in three at-bats until the seventh inning.

However, in the ninth inning, he hit a slider thrown by Dodgers reliever Yancy Almonte and crossed the fence in the middle of Dodgers Stadium.

San Diego has narrowed the gap with the Los Angeles Dodgers, the leader of the National League West, to 3.5 games.

MLB Choi Ji-man and Kim Ha-sung, Home Run Guns Side by Side